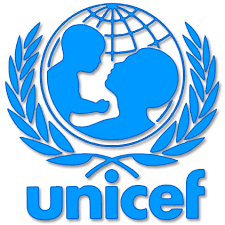 Unicef was established by the United Nations In 1946, in order to send food and medical aid and clothing for children in Europe and in 1953 became a permanent part of the United Nations. In 1959, the children's rights document was accepted by UN. In this document the basic rights of children for protection, education, health, clothing and shelter and nutrition has been defined. UNICEF is now a driver force that tries to the world as a place where the rights of all children to be recognized. UNICEF has the global power and ability to affect authorities and decision makers and also has a wide range of cooperators in public level to change the new thoughts and ideas into reality. These features makes Unicef as a unique organization in the world and is one of the best among all the organizations that are associated with youth and children.UNICEF believes that nurturing and caring for children is the foundation and basis of human development and is based on this idea of cooperation in order to overcome the obstacles that poverty, violence, disease and discrimination has placed in the way of children. UNICEF believes that together, we can improve our world. UNICEF supports the measures that are done to provide the best conditions for children to start their lives. For proper care in early life shapes and forms the firm foundations for the entire life of every individual. UNICEF promotes girls' education at least to the end of secondary school.

Because it will benefit all children.  Educated girls grow up to be better thinkers, better citizens, and ultimately better parents for children. UNICEF takes action to protect children against common children diseases. It also serves to feed children properly and effectively. Because it's wrong that children get damaged or dies because of preventable and treatable illness and disease. UNICEF attempts to prevent the spread of AIDS among young people and children and keep them away from damages, and also enables them to protect others.UNICEF helps children and families who are infected with this disease to continue their lives with dignity and respect. To create safe environments for children UNICEF is concerned with many folks. UNICEF is present in unexpected Disaster In order to reduce damage and also wherever children are threatened Unicef emerges, because children should not be subjected to violence, rape and child exploitation. UNICEF is supporting the talks and conferences on children's rights. UNICEF attempts in order to assure equality for those at risk of discrimination, especially women and girls. Unicef tries to reach the goals of century development and attempts to approach mentioned objectives in united nation spectrum. It tries to make people responsible toward the promised matters to children. Unicef is part of a global movement for children- a special coalition in the development and improve the lives of children - and on the move as well as in various events such as meetings of the United Nations on children, encourages the youth and children to participate, give lectures and impact on their lives. UNICEF is a collection of 7000 people in 155 countries of the world.