According to the annual World happiness Report, the people of Finland, as well as immigrants living in this country, ranked the top country among the 156 countries of the UN, in terms of happiness and prosperity

. Iran ranked 104th in the ranking. In this ranking, which has been published every year since 2012, after Finland, other countries including Norway, Denmark, Iceland, Switzerland, the Netherlands, Canada, New Zealand, Sweden and Australia are the top ten Happy countries.

This report is based on six criteria such as :

4 - freedom of choice in life

6 - and avoidance of financial corruption.

The focus of this year's report is on migration, and researchers tried to inspect the issue of immigrant’s life satisfaction by examining the status of their life, comparing the society they emigrated from with the society they immigrated to. 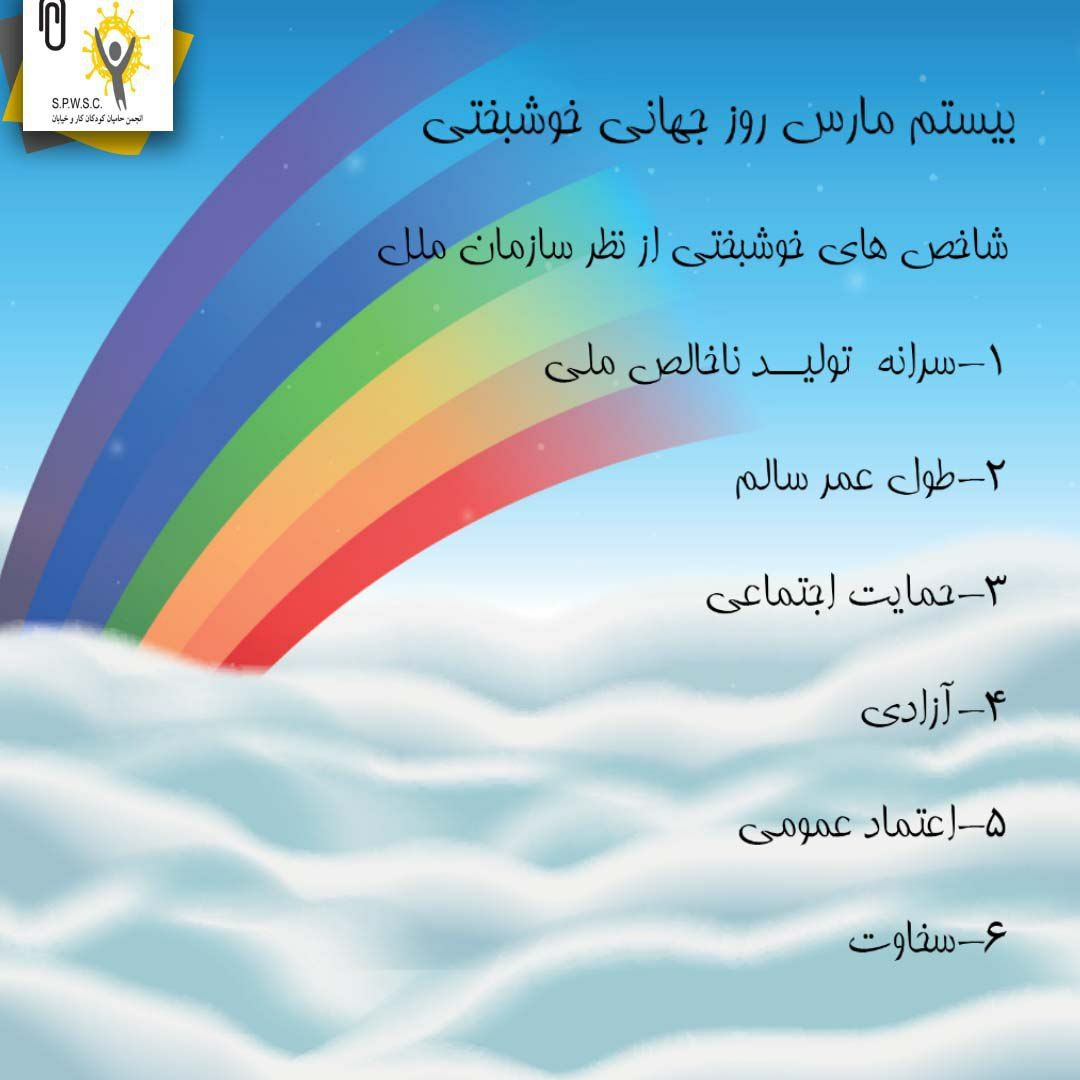